Few Weeks of Fall in Dallas

After surviving the drive back to Texas, I was able to enjoy a few fun weeks of fall in Dallas. 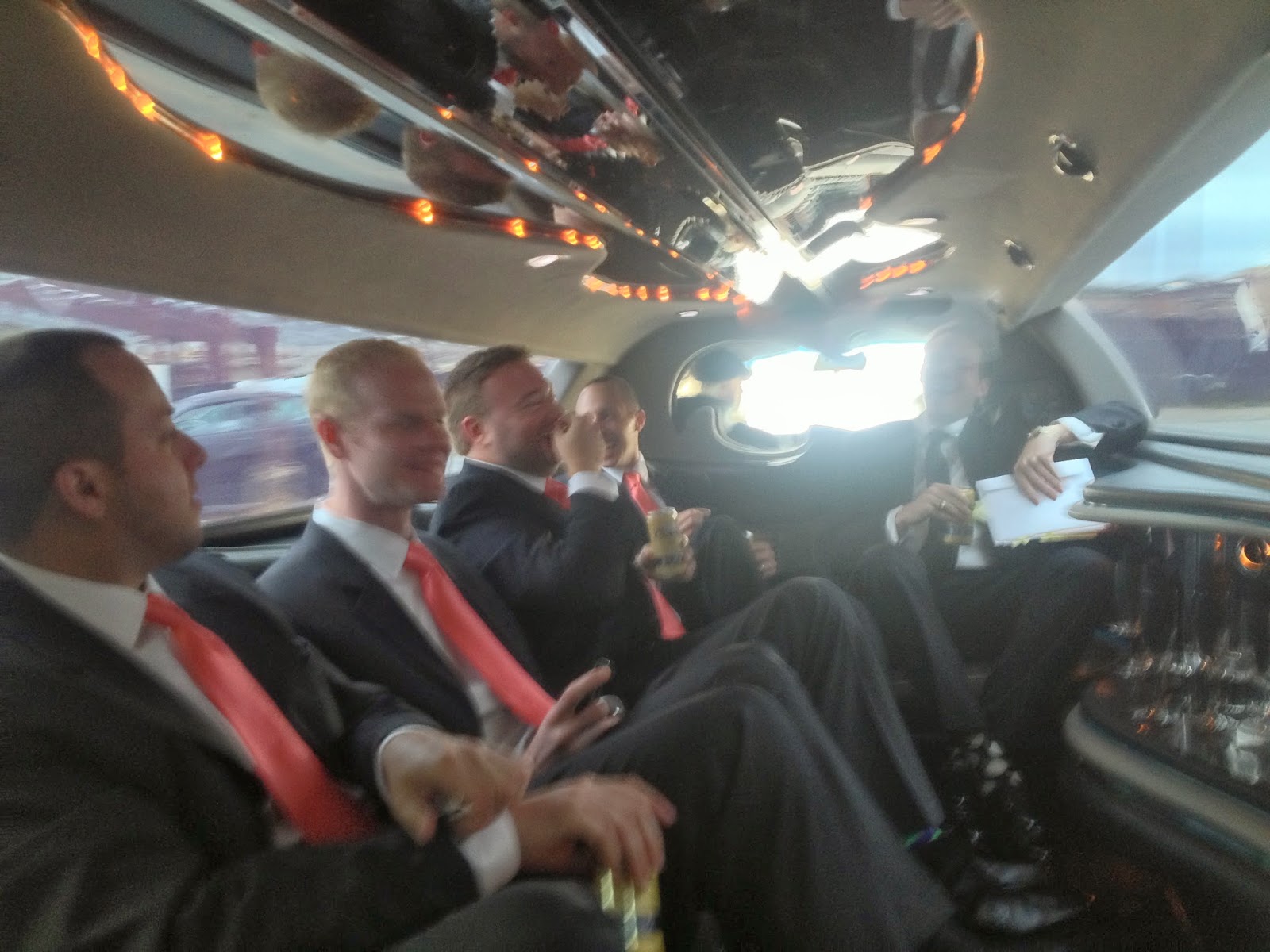 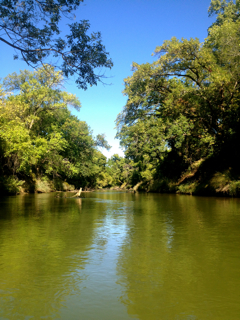 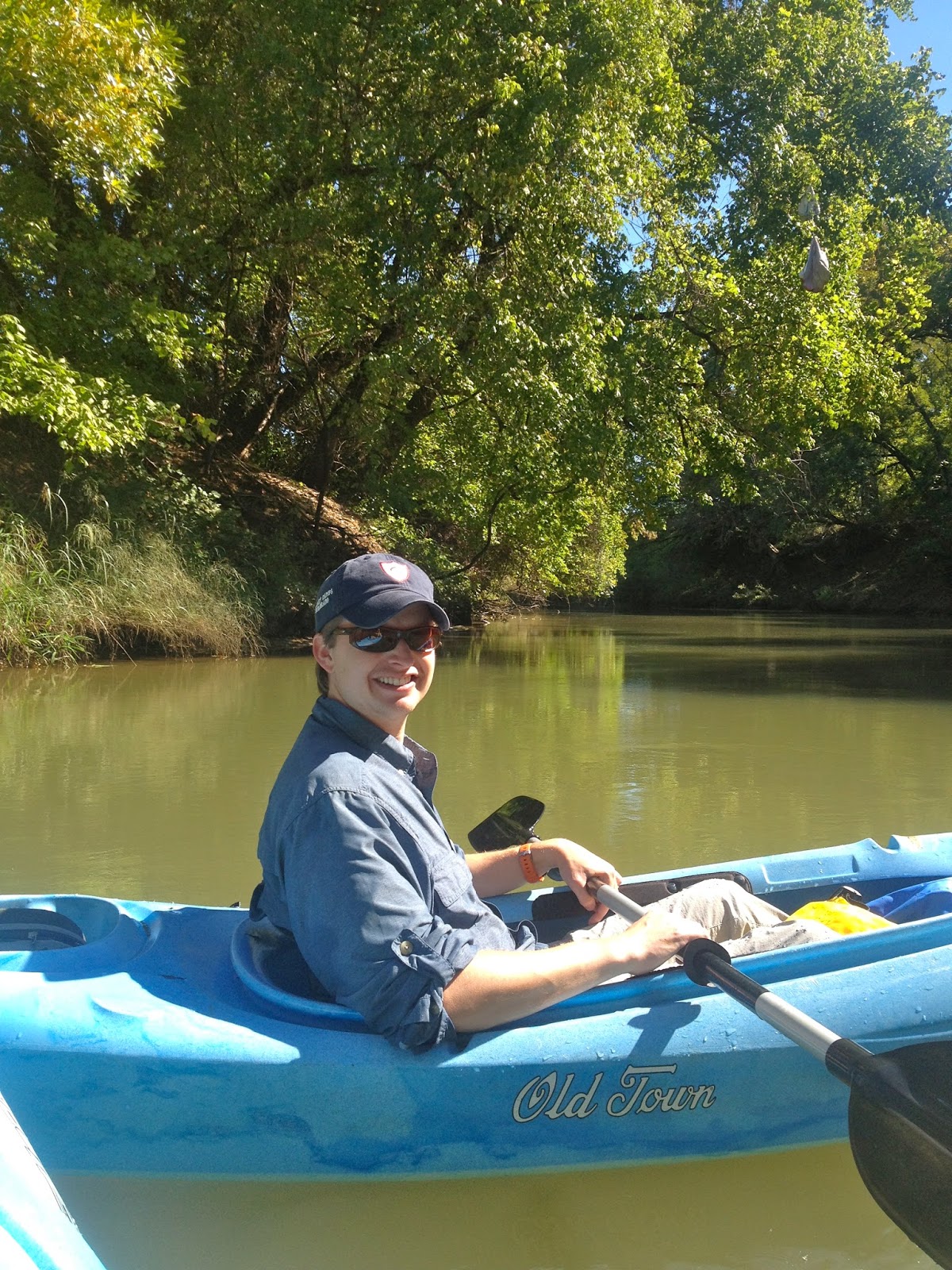 Sliding Off the Road--and the Side of a Mountain

At the end of September, Becca and I packed up the truck and headed back to Dallas and the real world.  We got up early to make the drive back in one day, but we had to check the weather first--another early winter storm was supposed to be coming through.  The reports called for a slight chance of snow, but it was raining at the cabin, so we decided to hit the road before conditions could get worse.

It was a dreary morning--low clouds, fog, and cold, persistent rain.  As we climbed Slumgullion Pass on our way out of town, the temperature steadily dropped.  A few miles from the top, the rain turned to snow, and another mile further, the snow began sticking to the road.  It was picturesque: jagged rock faces and green pine trees dusted in white snow.  We stopped to take a quick picture, but as we started moving again we rounded a bend and my truck started to skid.

I wasn't concerned: I had plenty of winter driving experience, there was hardly any snow on the road, I was in four-wheel drive, and nobody else was on the road.

But we kept skidding.  I stayed off the brakes and steered into the skid, but we continued sliding across the road.  And now we were skidding right toward the edge of the mountain.

Still nothing, and we were now completely out of room.  "Brace yourself!" Becca yelled, right as we went over the side of the mountain.

Now that we were off the slick road, I finally had traction again, and I steered us straight down the mountain and put all my weight on the brakes as we bounced down toward whatever lay below.

Just as suddenly as the skid started, we stopped with a light jolt.  One of our small duffel bags from the back seat landed on the console between the front two seats.  Becca and I looked at it and then at each other.

"Are you okay?" we asked each other simultaneously.  "Yeah, I think so," we answered, checking our arms and legs to make sure everything was still there.  We were in one piece--just in shock.  We turned off the truck and put on our jackets.  There was no cell service here, so we climbed the 30+ feet back up to the road to flag down a car and ask them to call for help when they reached Lake City or Creede.  But not 30 seconds after we made it back to the road, a giant snow plow came by and radioed back into town: help was on the way.

As we waited in the snow on the side of the road, we tried to piece together what had happened.  We could see the bend in the road where the skid started--right next to an almost vertical drop.  If I had hit the brakes, it would have sent us over the edge there--a spot we would not have walked back up from.  Instead we skidded a good 40 yards along the bend, into the oncoming lane, and then off the road.

A sheriff from Lake City arrived about 45 minutes later, but we had to wait another hour for a state trooper and a tow truck from Gunnison to get there.  The state trooper said that early-season snow like we had packs easily into a slushy paste that can fill your tire treads and make a road as slick as black ice.  Apparently that's what happened to us.

Amazingly, a normal tow truck was able to wench my truck back up to the road, albeit with great difficulty.  When they got my truck up, it was--incredibly--undamaged, other than a couple scrapes and a small crack in my front bumper.

Everyone was in disbelief.

After I started my truck up, we headed back to Lake City (with a convoy of a state trooper, sheriff, and a tow truck) to have a mechanic take a look and make sure there wasn't any damage we weren't seeing.  There wasn't!  So after collecting ourselves and touching base with our parents, we attempted the pass again--only this time there was no snow on the roads at all, and we were able to get back to Dallas safely. 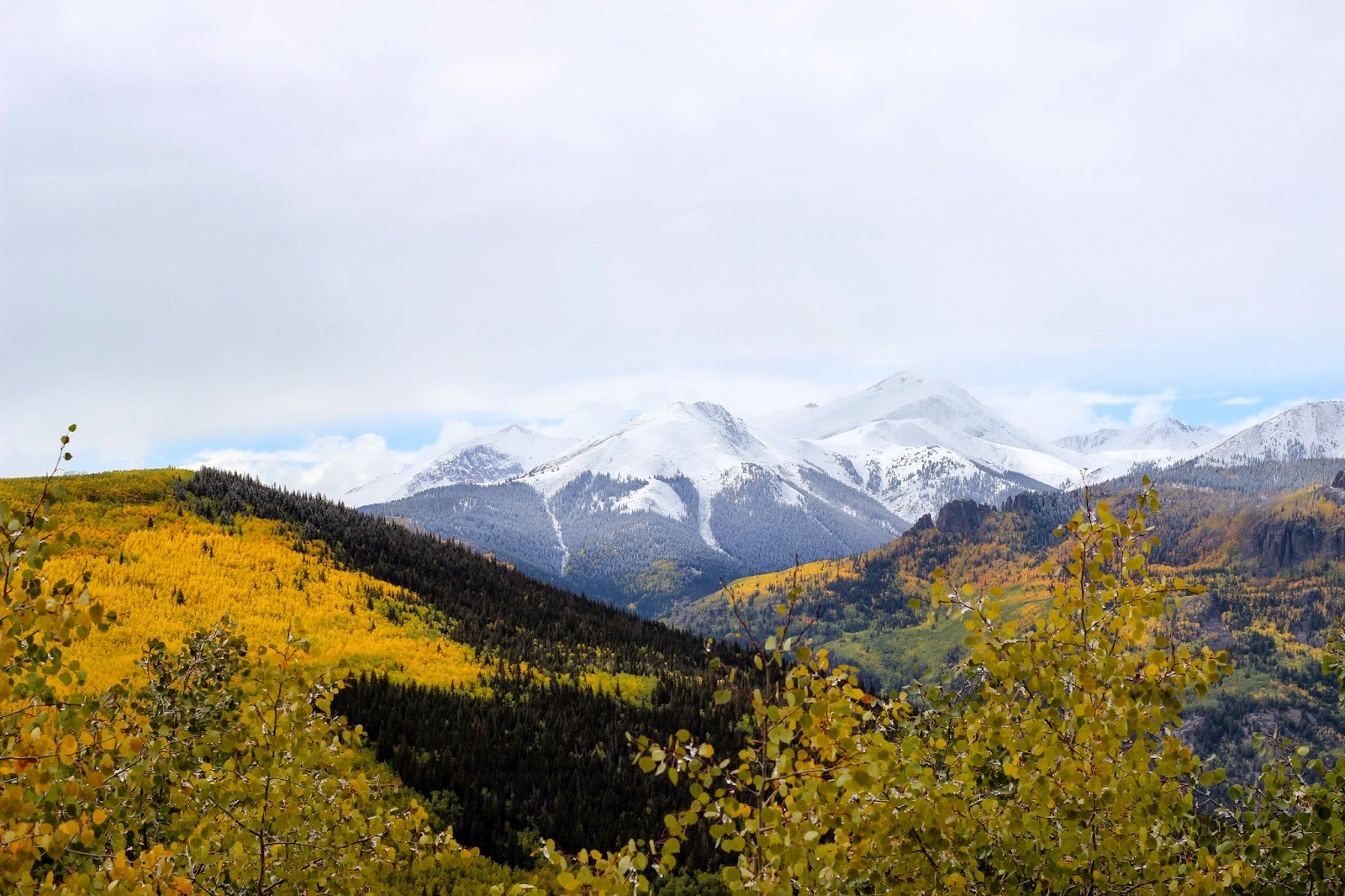 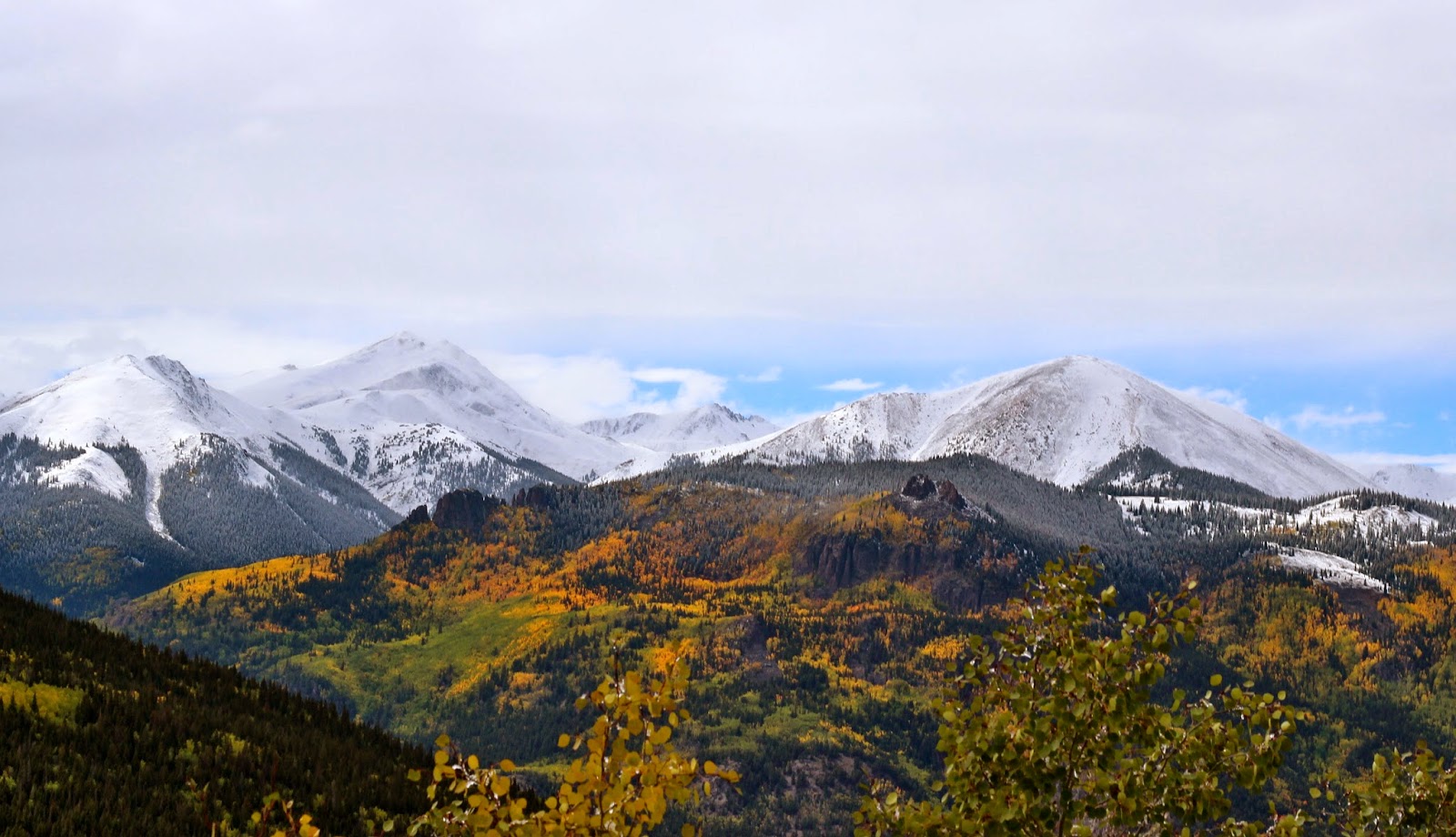 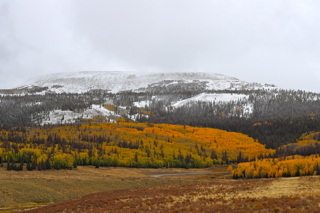 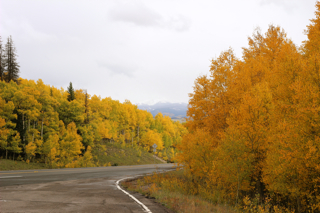 Fall Colors on Round Top

With one day left in Lake City before heading home for weddings and football games, Becca and I jeeped up to the top of Round Top to check on the fall colors. 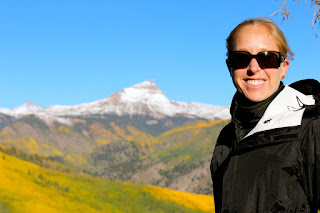 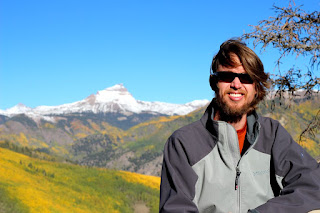 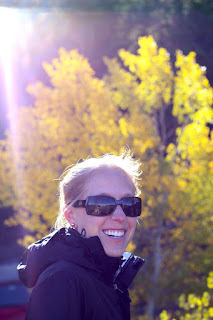 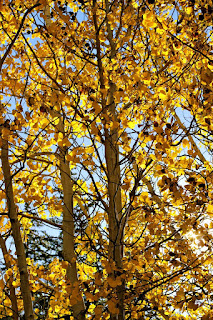 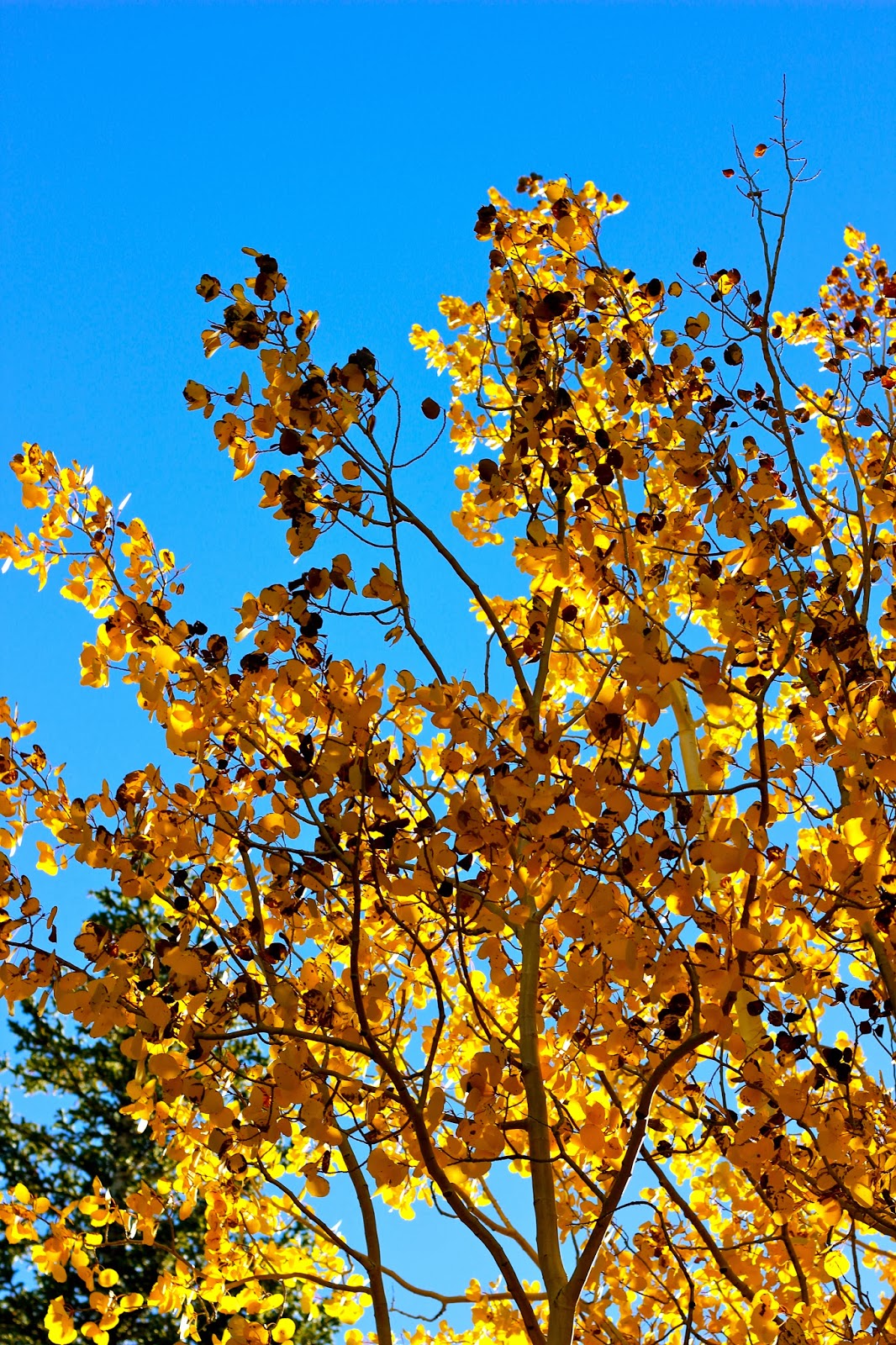 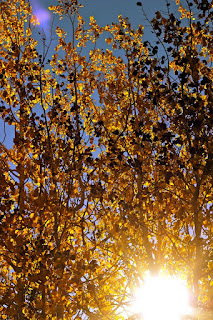 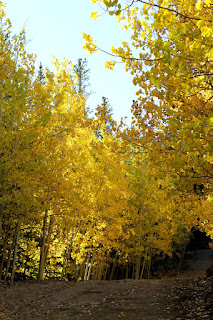 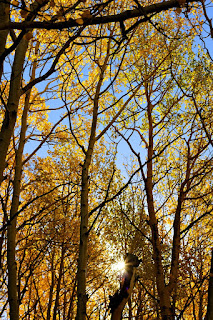 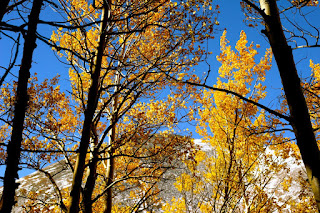 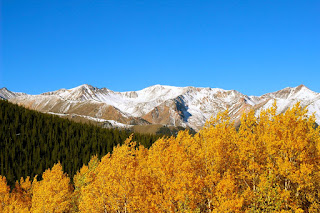 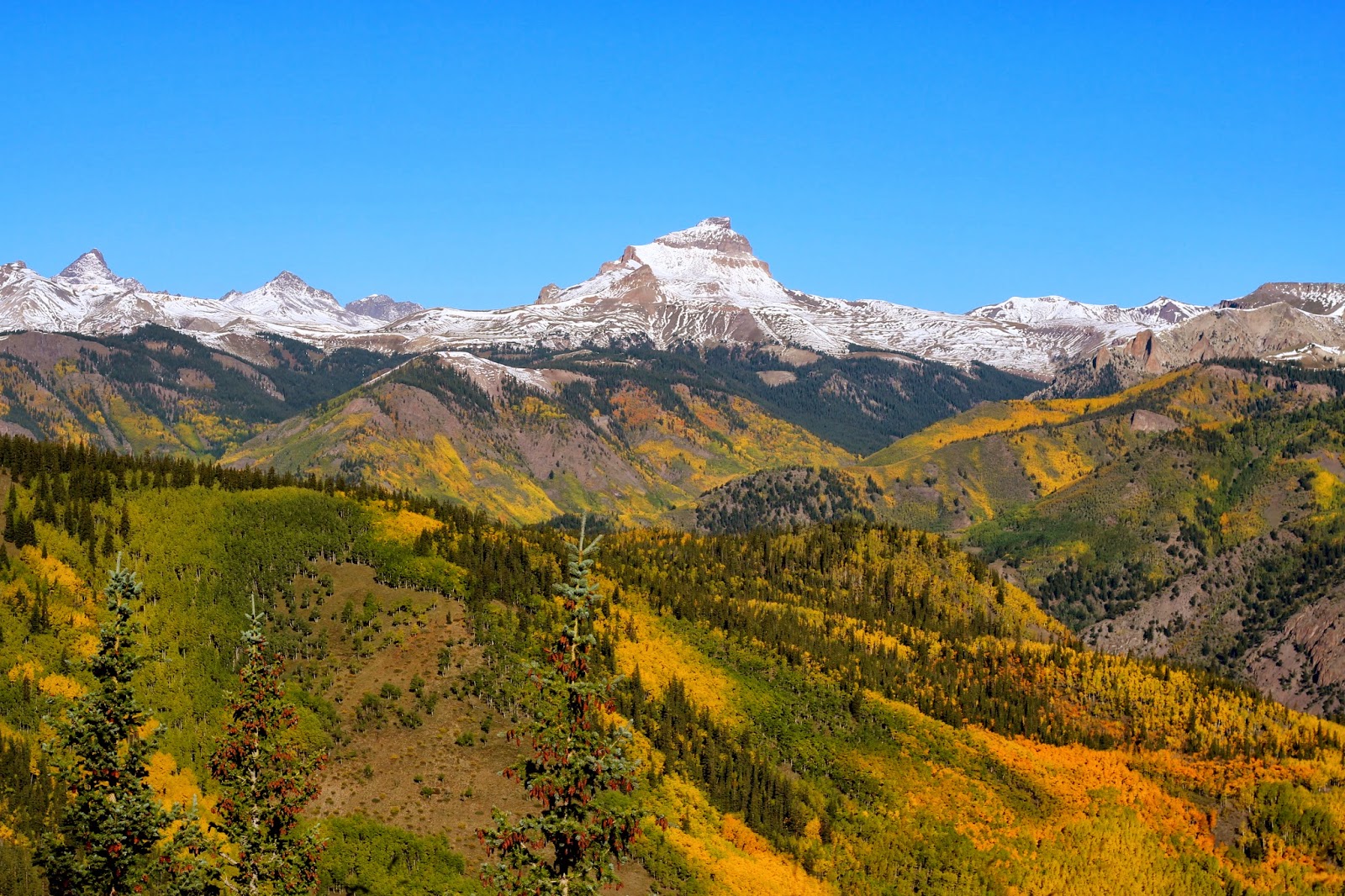 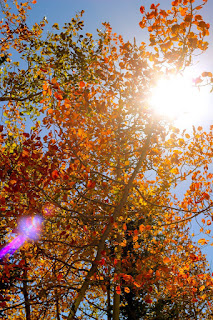 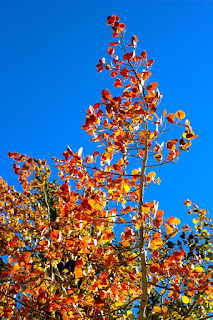 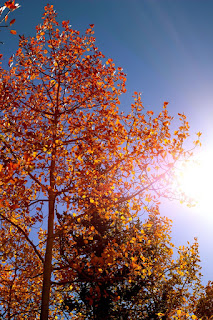 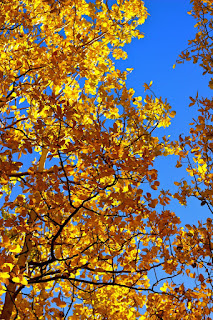