Coming Down With The Pike

With my friends Mitchell, Kevin, and Peter in town, we headed over the pass toward South Fork to fish the Rio Grande and chase pike.  The word from fly shops in the area was that the Rio Grande was fishing really well despite murky water coming down from the burned mountains around South Fork and Creede.  The fires had chased off almost all fishermen, and the dirty water meant that the few remaining anglers could throw huge flies.  Unfortunately, the night before our trip to the Rio Grande, a storm bypassed Lake City and hit South Fork and Creede.  We had no idea that heavy rain had fallen all night on the burned mountains, and we were devastated to find the brownest water we had ever seen.  We tried fishing it in a few spots with no luck.  It was so murky that you couldn't see the top of your own boots if they were further than an inch under water, so we kept moving further and further downstream in hopes of finding fishable water.

Despite covering about 50 miles, the water never cleared up, so we spent the afternoon targeting pike in a pond.  When we pulled up, we could see pike tailing in the shallows, and we pretty much sprinted over to cast to them.  But, again, no luck.

The four of us tried a bunch of flies before Kevin hooked into one.  He didn't have him on very long because he had borrowed Peter's rod, which was rigged up with extremely light tippet that stood no chance against the razor-sharp teeth of a pike.

After another hour or so, we gathered on the bank near a woodpile and decided that we had thrown pretty much every fly we had at these fish, so we started talking fly rods and which ones we liked the best.  That's when Kevin shouted over his screaming reel to grab the net: he had another one on!  Before we could get to the net, the fish was off.  We started to walk dejectedly back to our own spots when Peter started chuckling.

"Kevin," Peter laughed.  "Were you using my fly rod?  The one with the broken hook tied on?"

Kevin looked down at his fly; there was only a shard of a hook left.  "Dang it, Peter!  Quit sabotaging me!" Kevin shouted before he too broke down laughing.  "That fish really wanted that fly!  He wasn't hooked, he was just fighting me for it!"

Well, with that we figured out what at least one Pike was willing to eat, and before long Peter landed a nice 27-inch pike.  "That's probably my fish," Kevin pointed out.  "Nah, that's definitely my fish, you sabotaging jerk." 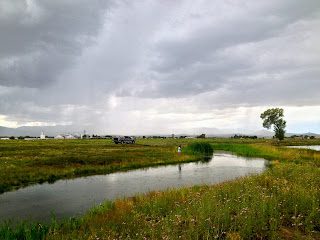 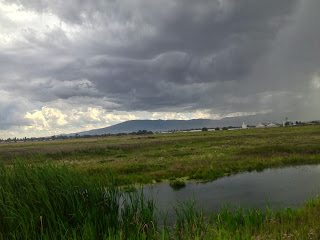 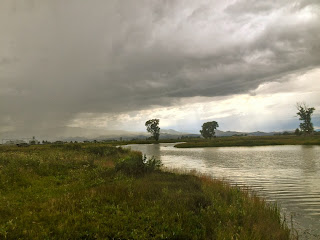 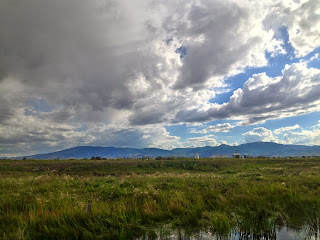 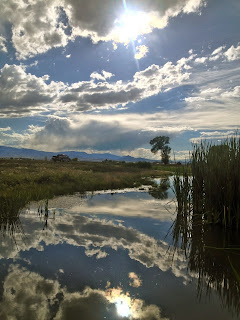 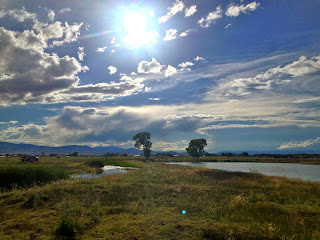